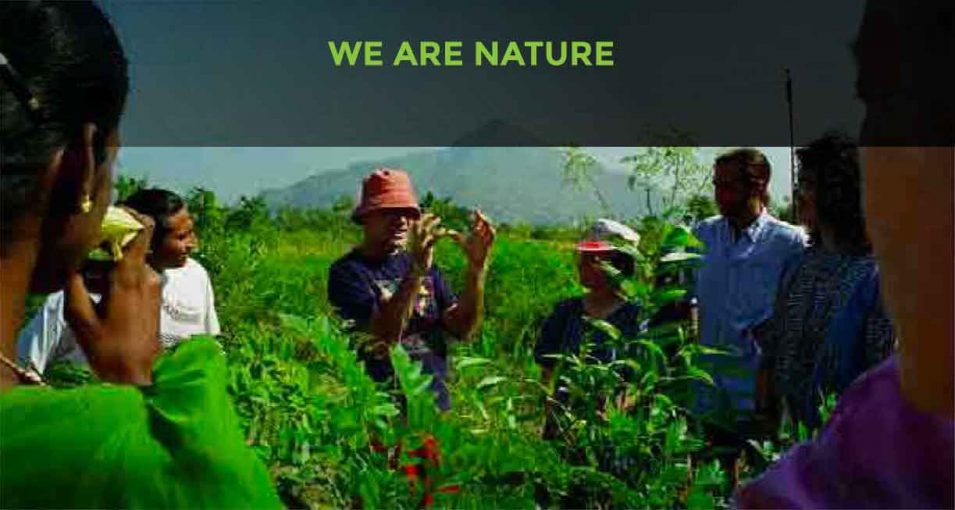 We Are Nature: A Life-Changing Moment

An epiphany happened to me many years ago on my land, in the early evening of a crisp winter night, on the far north coast of New South Wales, Australia.

Not a breath of breeze, nor a cloud in the deep inky blue of the sky.

As usual, I’d worked like a passionate madman all day, around the land:

until only the swallowing darkness prevented any thought of continuing, insisted that I call an end to my toil.

A hot shower soothed my tired body, refreshed my mind.

Out on the broad verandah of my funky wooden hippy house that I’d so lovingly – yes, however crudely too – created, I relaxed.

The spectacle takes my breath away every time.

The panorama was exquisite: the sheer cliffs of the ancient volcanic caldera in contrast to the tapestry of huge rainforest draping the scree slope below and above the rocky precipice.

On this evening, I was moved to express my ecstacy, with a cooooeeee, as loud and sweet as I could summons.

My Boice Broke The Silence Of The Cool,

still evening, pearling out across the valley that defined our land. And after a pause, the call returned back to me.

Not once, but four or five times my cooee, bouncing from different directions and slightly varied tones of echo, from this slope and that, quite loudly at first, then softer, muted, until it was barely a suggestion of cooee.

That moment changed everything for me.

Overwhelming, exquisite privilege, to be surrounded by such perfect beauty.

I’m sure everyone’s had such moments.

No effort required, nor even thoughts; only presence.

What multiplied the experience for me though, was the sense that I was actually a part of that place and moment.

A part, and not apart.

More still, I sensed, recognised, that I had choices.

About what role I might play there, and everywhere, in that moment, and in every moment into my future.

I could do nothing deliberate, intentional.

In which case, at the worst, I might be felled by a great branch breaking off one of the great lanky Flooded Gum trees, a ‘widow-maker’ as such a branch is known.

Then I would simply rot away, a passive element in Nature there, but still very actively a part of the process of recycling of nutrients, to be used by the forest in one way or another to benefit its continuation, its evolution.

Or I could take a chainsaw, hire a bulldozer, or buy a box of matches, and transform it relatively quickly into a place altogether different.

I could run a herd of cattle on there then, and thus maintain it in the state to which I had reduced it, except that it would be slowly degrading further through the erosion that would take place, the departure of so many species that made up such a rich diversity as forest.

There were, of course, other options.

I could, for example, make decisions to try to protect the land, and enhance it:

I could actually speed up the process of enrichment.

That single cooee made all the difference in my life; it was the spark of a moment which decided the direction I would follow.

The echoes have been reverberating for more than forty years now.

I make mistakes – have made many decisions and actions – which have had a ‘negative’ impact, but hopefully less than if I had taken other turns in my life, without any reference to the impact I was having.

As Bill Mollison so wisely proposed: “In Nature there is neither good nor bad, but only consequence.”