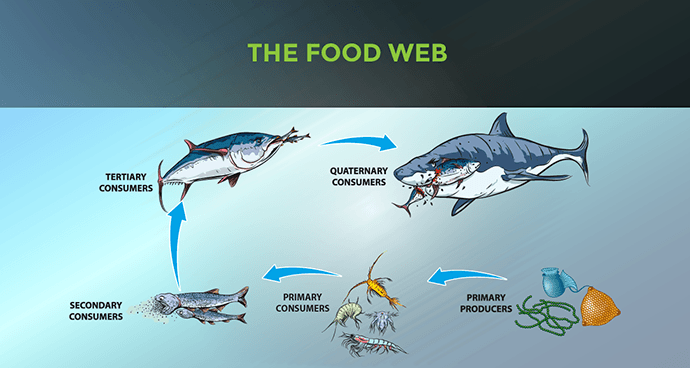 Understanding the food web to create complexity in permaculture systems

A better understanding of the food web and a trophic pyramid is crucial to support the design of permaculture strategies. Permaculture ensures diversity and high levels of resilience, in order to sustain the agro-ecosystem.

The key to a healthy agro-ecosystem is the creation of complexity: spatial, temporal, structural, process, behavioural, and geometric complexity, facilitating the creation of a food web, an ecological network. Plants capture solar energy and use it to synthesize simple sugars during photosynthesis. As plants grow, they accumulate nutrients and are eaten by grazing herbivores. The energy that is transferred through a chain of organisms is consumption.

The food chain is the linear feeding pathways that move from a basal trophic species to a top consumer. The larger interlocking pattern of food chains in an ecological community creates a complex food web. Food web exhibit principles of ecological emergence through the nature of trophic relationships. Some species have many weak feeding links (e.g., omnivores) while some are more specialized with fewer stronger feeding links (e.g., primary predators). The Food web is composed of subgroups where members in a community are linked by strong interactions. As well as weak interactions occur between these subgroups. This increases food web stability and resilience.

Categories of Species of the Food Web

Species are broadly categorized as autotrophs (or primary producers), heterotrophs (or consumers), and Detritivores (or decomposers). Autotrophs are organisms that produce their own food (production is greater than respiration) by photosynthesis or chemosynthesis.

Organisms that must feed on others for nourishment and energy (respiration exceeds production) are heterotrophs. Heterotrophs can be further subdivided into different functional groups, including primary consumers (strict herbivores), secondary consumers (carnivorous predators that feed exclusively on herbivores), and tertiary consumers (predators that feed on a mix of herbivores and predators). Omnivores do not fit neatly into a functional category because they eat both plant and animal tissues. It has been suggested that omnivores have a greater functional influence as predators because compared to herbivores, they are relatively inefficient at grazing.

A trophic level is a group of organisms acquiring a considerable majority of its energy from the adjacent level nearer the abiotic source. Links in food web primarily connect feeding relations or tropism among species. Biodiversity within ecosystems can be organized into trophic pyramids. In which the vertical dimension represents feeding relations that become further removed from the base of the food chain up toward top predators, and the horizontal dimension represents the abundance or biomass at each level.

Trophic levels are part of the holistic or complex systems view of ecosystems. Each trophic level contains unrelated species that are grouped together because they share common ecological functions, giving a macroscopic view of the system.

Keystone species is a species that is connected to a disproportionately a large number of other species in the food web. These species have lower levels of biomass in the trophic pyramid relative to the importance of their role. The many connections that a keystone species holds means that it maintains the organization and structure of entire communities. The loss of a keystone species results in a range of dramatic cascading effects. Effects that alter trophic dynamics, other food web connections, and can cause the extinction of other species.

An example of a keystone species is Sea Otters because they limit the density of sea urchins that feed on kelp. Urchins will graze until the kelp beds disappear If sea otters are removed from the system. These types of changes in ecology have a dramatic effect on the community structure. Hunting of sea otters, for example, is thought to have led indirectly to the extinction of the Steller’s sea cow (Hydrodamalis gigas). Permaculture strategies and Identifying keystone species can help protect these cascading changes leading to the extinction of species. 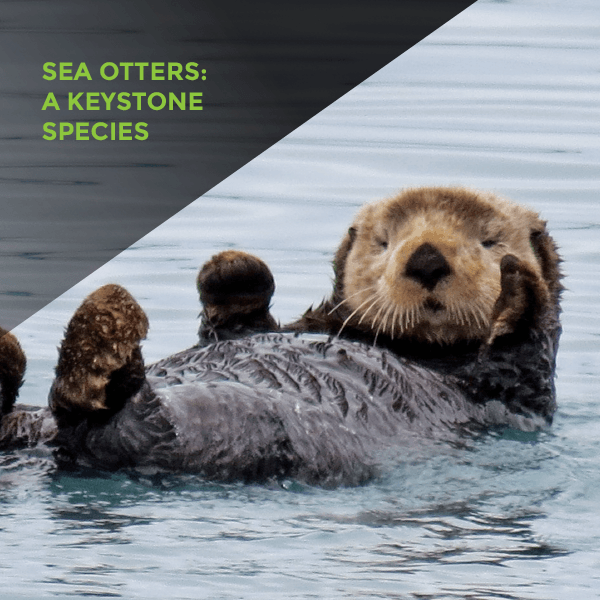