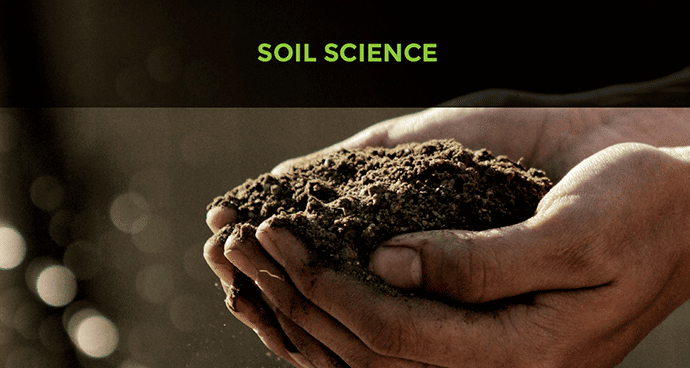 An international and common classification of soil is a precious tool for permaculturists that are compelled by a need to understand soil in the context of climate change, greenhouse gases, carbon sequestration, interest in maintaining the planet’s biodiversity and in exploring past cultures.

Permaculturists have raised concerns about how to preserve soil and arable land in a world with a growing population, possible future water crisis, increasing per capita food consumption, and land degradation.

Soil occupies the pedosphere, one of Earth’s spheres that the geosciences use to organize the Earth conceptually. This is the conceptual perspective of pedology and edaphology, the two main branches of soil science.

Pedology is the study of soil in its natural setting.

Edaphology is the study of soil in relation to soil-dependent uses.

Both branches apply a combination of soil physics, soil chemistry, and soil biology.

Soil survey, or soil mapping, is the process of determining the soil types or other properties of the soil cover over a landscape, and mapping them for others to understand and use.

It relies heavily on distinguishing the individual influences of the five classic soil forming factors.

This effort draws upon geomorphology, physical geography, and analysis of vegetation and land-use patterns.

Primary data for the soil survey are acquired by field sampling and supported by remote sensing.

National and international soil survey efforts have given the profession unique insights into landscape scale functions.

The landscape functions that permaculturists are called upon to address in the field seem to fall roughly into six areas:

Remediation and restoration of damaged lands

The World Reference Base for Soil Resources (WRB)

An internationally accepted soil taxonomy allows permaculturists to the uniform communication of soil characteristics and functions.

As of 2006, the World Reference Base for Soil Resources (WRB), via its Land & Water Development division, is the pre-eminent soil classification system.

The classification is based mainly on soil morphology as an expression pedogenesis.

A major difference with USDA soil taxonomy is that soil climate is not part of the system, except insofar as climate influences soil profile characteristics.

The WRB borrows heavily from modern soil classification concepts, including USDA soil taxonomy, the legend for the FAO Soil Map of the World 1988, the Référentiel Pédologique and Russian concepts.

The classification is based mainly on soil morphology as an expression of pedogenesis.

A major difference with USDA soil taxonomy is that soil climate is not part of the system, except insofar as climate influences soil profile characteristics.

As far as possible, diagnostic criteria match those of existing systems, so that correlation with national and previous international systems is as straightforward as possible.

The WRB is meant for correlation of national and local systems.

The level of detail corresponds to USDA soil taxonomy subgroups, without the soil climate information.

The second edition was not detailed enough for mapping at scales larger than about 1:200 000, and a third edition has been published, improving the system for soil mapping.

To properly classify a soil profile, the detailed procedures explained in the WRB report must be followed.

Following is a highly simplified description of each reference soil group:

The hope for regenerative agricultural development really rests on the integration of all experiences rather than reliance on one tradition at the expense of the other.

With a common soil classification knowledge, permaculturists can have a support to strongly act now to stop the threatening of soil degradation.

What Does a Gravel Driveway Cost to Create and Maintain?