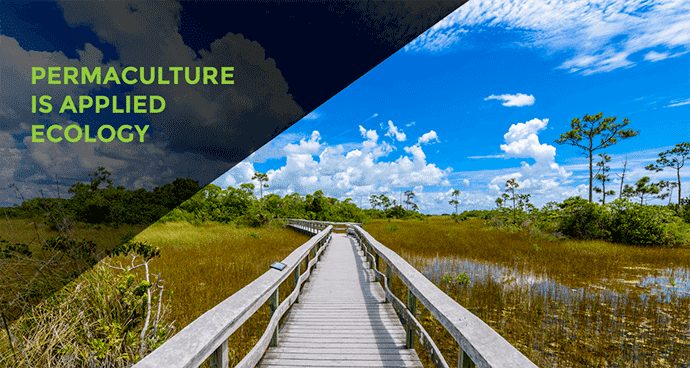 Permaculture design creates agro-ecosystems, that are dynamically interacting systems of agriculture with organisms, the communities they make up, and the non-living components of their environment. It is about processes, such as primary production, pedogenesis, nutrient cycling, and niche construction, regulation of the flux of energy and matter through an environment. These processes are sustained by organisms with specific life history traits. An understanding of biodiversity has practical applications for species and permaculture designers as they make design recommendations to farmers and communities. Biodiversity means the varieties of species, genes, and ecosystems, enhances certain ecosystem services. Biodiversity describes the diversity of life from genes to ecosystems and spans every level of biological organization. Biodiversity includes species diversity, ecosystem diversity, and genetic diversity and permaculturists are interested in the way that this diversity affects the complex agro-ecological processes operating at and among these respective levels. Biodiversity plays an important role in ecosystem services which by definition maintain and improve human quality of life. Natural capital that supports populations is critical for maintaining ecosystem services and species migration (e.g., riverine fish runs and avian insect control) has been implicated as one mechanism by which those service losses are experienced. The scope of permaculture contains a wide array of interacting levels of organization spanning micro-farms to a planetary scale phenomena.

Permaculture systems are dynamic, they do not always follow a linear successional path, but they are always changing. Permaculture creates ecosystem that can vary greatly, from tiny to vast. A single tree is of little consequence to the classification of a forest ecosystem, but critically relevant to organisms living in and on it. Several generations of an aphid population can exist over the lifespan of a single leaf. Each of those aphids, in turn, support diverse bacterial communities. The nature of connections in ecological communities cannot be explained by knowing the details of each species in isolation, because the emergent pattern is neither revealed nor predicted until the ecosystem is studied as an integrated whole. Some ecological principles, however, do exhibit collective properties where the sum of the components explain the properties of the whole, such as birth rates of a population being equal to the sum of individual births over a designated time frame.

“Habitats can be defined as regions in environmental space that are composed of multiple dimensions, each representing a biotic or abiotic environmental variable; that is, any component or characteristic of the environment related directly (e.g. forage biomass and quality) or indirectly (e.g. elevation) to the use of a location by the animal.” For example, a habitat might be an aquatic or terrestrial environment that can be further categorized as a montane or alpine ecosystem. Habitat shifts provide important evidence of competition in nature where one population changes relative to the habitats that most other individuals of the species occupy. For example, one population of a species of tropical lizards (Tropidurus hispidus) has a flattened body relative to the main populations that live in open savanna. The population that lives in an isolated rock outcrop hides in crevasses where its flattened body offers a selective advantage. Habitat shifts also occur in the developmental life history of amphibians, and in insects that transition from aquatic to terrestrial habitats. Biotope and habitat are sometimes used interchangeably, but the former applies to a community’s environment, whereas the latter applies to a species’ environment.

Additionally, some species are ecosystem engineers, altering the environment within a localized region. For instance, beavers manage water levels by building dams which improves their habitat in a landscape.

The scale of ecological dynamics created with permaculture can operate like a closed system, such as aphids migrating on a single tree, while at the same time remain open with regard to broader scale influences, such as atmosphere or climate. Hence, as ecologist do, permaculturists should classify ecosystems hierarchically by analyzing data collected from finer scale units, such as vegetation associations, climate, and soil types, and integrate this information to identify emergent patterns of uniform organization and processes that operate on local to regional, landscape, and chronological scales. 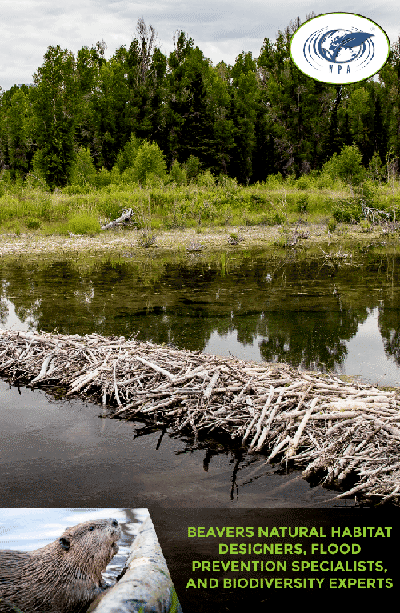 To structure the study of permaculture into a conceptually manageable framework, the biological world should be organized into a nested hierarchy, ranging in scale from genes, to cells, to tissues, to organs, to organisms, to species, to populations, to communities, to ecosystems, to biomes, and up to the level of the biosphere. This framework forms a panarchy and exhibits non-linear behaviors; this means that “effect and cause are disproportionate, so that small changes to critical variables, such as the number of nitrogen fixers, can lead to disproportionate, perhaps irreversible, changes in the system properties.”

“The set of biotic and abiotic conditions in which a species is able to persist and maintain stable population sizes” is a niche.  Species have functional traits that are uniquely adapted to the ecological niche. A trait is a measurable property, phenotype, or characteristic of an organism that may influence its survival. Genes play an important role in the interplay of development and environmental expression of traits. Resident species evolve traits that are fitted to the selection pressures of their local environment. This tends to afford them a competitive advantage and discourages similarly adapted species from having an overlapping geographic range. Two species cannot coexist indefinitely by living off the same limiting resource; one will always out-compete the other. When similarly adapted species overlap geographically, closer inspection reveals subtle ecological differences in their habitat or dietary requirements. Some models and empirical studies, however, suggest that disturbances can stabilize the co-evolution and shared niche occupancy of similar species inhabiting species-rich communities. The habitat plus the niche is called the ecotope, which is defined as the full range of environmental and biological variables affecting an entire species.

Organisms are subject to environmental pressures, but they also modify their habitats. The regulatory feedback between organisms and their environment can affect conditions from local (e.g., a beaver pond) to global scales, over time and even after death, such as decaying logs or silica skeleton deposits from marine organisms. The process and concept of ecosystem engineering is related to niche construction, but the former relates only to the physical modifications of the habitat whereas the latter also considers the evolutionary implications of physical changes to the environment and the feedback this causes on the process of natural selection. Ecosystem engineers are defined as: “organisms that directly or indirectly modulate the availability of resources to other species, by causing physical state changes in biotic or abiotic materials. In so doing they modify, maintain and create habitats.” This is what permaculture wants to do, to create the conditions for organisms to modify, maintain and create habitats.

An example of natural selection through ecosystem engineering occurs in the nests of social insects, including ants, bees, wasps, and termites. There is an emergent homeostasis or homeorhesis in the structure of the nest that regulates, maintains and defends the physiology of the entire colony. Termite mounds, for example, maintain a constant internal temperature through the design of air-conditioning chimneys. The structure of the nests themselves are subject to the forces of natural selection. Moreover, a nest can survive over successive generations, so that progeny inherit both genetic material and a legacy niche that was constructed before their time.