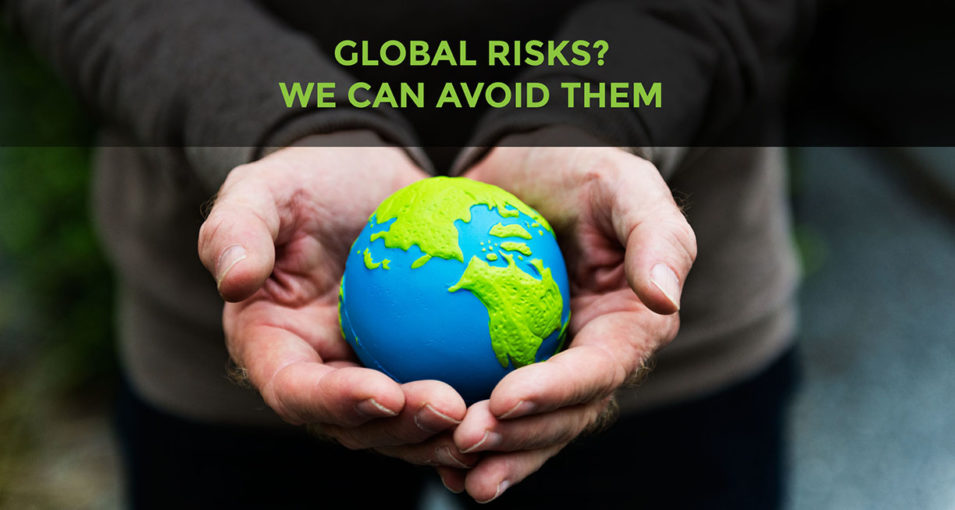 The Global Risks Report 2019, published by the World Economic Forum, defined a “global risk” as “an uncertain event or condition that, if it occurs, can cause a significant negative impact for several countries or industries within the next 10 years”.

According to the Report, “the world is facing a growing number of complex and interconnected challenges — from slowing global growth and persistent economic inequality to climate change, geopolitical tensions and the accelerating pace of the Fourth Industrial Revolution”.

A number of risks were identified in the Report; at the World Permaculture Association, we are committed to avoiding particularly the Environmental and Societal risks, as defined in the extract of the Report below.

“Extreme weather was the risk of greatest concern” and “ survey respondents are increasingly worried about environmental policy failure: having fallen in the rankings after Paris, “failure of climate change mitigation and adaptation” jumped back to number two in terms of impact this year.

The results of climate inaction are becoming increasingly clear.

The accelerating pace of biodiversity loss is a particular concern. Species abundance is down by 60% since 1970

In the human food chain, biodiversity loss is affecting health and socioeconomic development, with implications for well-being, productivity, and even regional security”.

“Rapidly growing cities and ongoing effects of climate change are making more people vulnerable to rising sea levels. Two-thirds of the global population is expected to live in cities by 2050 and already an estimated 800 million people live in more than 570 coastal cities vulnerable to a sea-level rise of 0.5 meters by 2050. In a vicious circle, urbanization not only concentrates people and property in areas of potential damage and disruption, it also exacerbates those risks — for example by destroying natural sources of resilience such as coastal mangroves and increasing the strain on groundwater reserves. Intensifying impacts will render an increasing amount of land uninhabitable”.

We know that “You Can Solve all the World’s Problems in a Garden” (Geoff Lawton).

We agree with the Report when it states that “In isolation, these are daunting challenges; faced simultaneously, we will struggle if we do not work together.

There has never been a more pressing need for a collaborative and multistakeholder approach to shared global problems”.

We need to transfer to our communities the skills necessary to create a New Global Permaculture Nation; it’s our imperative and it would be very fun!

As John D. Liu continue to emphasize “We Need to Act Now at a Global Scale, as a Planetary Species”.

Quoting the Report, there’s “No time to waste”.