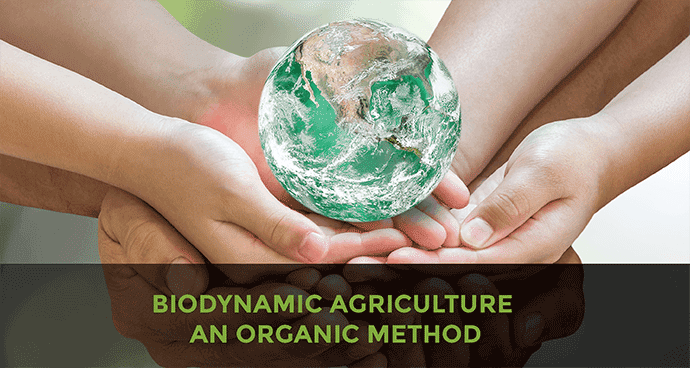 After quitting my corporate position as an Agronomist, I attended my first class on Biodynamic Agriculture and Preparations in 2008.

I saw with my own eyes the power of biodynamic preparations.

From that point on I did not further question the inner workings of these methodologies, as most corporate agronomists do.

After that class starting in 2009 I applied the biodynamic practices at the home of The World Permaculture Association, The Urban Permaculture Laboratory in Catanzaro, Italy.

What Is Biodynamic Agriculture?

Biodynamic (BD) Agriculture is a form of Organic farming that dates back to 1924.

Being a form of Alternative farming, Biodynamic Agriculture focuses on soil fertility, plant growth, and livestock care without the use of dangerous chemicals.

Some features of Biodynamic Agriculture include crop diversification, the avoidance of chemical soil treatments and off-farm inputs, decentralized production and distribution, and the consideration of celestial and terrestrial influences on biological organisms.

The term Biodynamic means life (bio) in movement (dynamic), through the use of a special methodology that uses particular preparations, such as dynamization.

The method of dynamization is specific; adding the biodynamic preparations based on horn manure and horn silica.

Horn manure is produced through a complicated fermentation process, whereby manure is infused with other important, placed in a cow’s horn and buried underground for a period of time.

If you are not able to process this yourself, feel free to contact me and I will point you in the right direction.

The dynamization process is done in a suitable amount of freshly captured rainwater.

The process then consists of stirring repeatedly creating a vortex in one direction, followed by a vortex in the other direction for twenty minutes.

A demonstration is the best way to learn how to dynamize and then using Mary Thun’s Biodynamic Calendar to make sure you’re preparing on the correct day.

There is a lot to say about the quality and temperature of the water to be used and on the methodology itself; this will be part of a future article.

Rudolf Steiner (1861−1925) is seen as the founder and father of Biodynamic Agriculture.

He was an Austrian scientist and philosopher.

He developed Biodynamic Agriculture and presented it through eight lectures on agriculture, which he taught to farmers in 1924.

He published the book titled Spiritual Foundations for the Renewal of Agriculture, originally published in English as An Agricultural Course.

Rudolf Steiner was one of the first public figures to warn that the widespread use of chemical fertilizers would lead to the decline of soil, plant and animal health and the subsequent devitalization of food (1).

Maria Thun And The Biodynamic Calendar

In the video, I mention the Biodynamic calendar and having to prepare on the correct day and time. In 1962, Maria Thun, from the outskirts of Darmstadt in Germany, produced annual sowing and planting calendars. She constructed these calendars from her controlled trials on radishes from the 1950s.

According to Biodynamic Agriculture, the organs of plants are connected to the four following elements: earth, light, water, air.

The roots of the plant are connected to the earth,  the fruits to the light, the leaves to the water, and the flowers to the air.

Over years of research, Maria Thun concluded for example that root crops do best if sown when the moon is passing through constellations associated with the earth element.

Leafy crops do best when the moon is with water signs; flowering plants do best with air signs, and fruits did better with fire signs.

Maria Thun published Gardening for Life: the Biodynamic Way (published in English in 1999). In 2010, with her son Matthias, she published When Wine Tastes Best: A Biodynamic Calendar For Wine Drinkers.

Maria Thun is no longer with us, she passed away February 9th, 2012 but her work lives on, and various institutions still produce biodynamic calendars using the same methods

I would like to conclude this article with a few last thoughts.

I do not understand the underlying processes of Biodynamic Agriculture and how they operate.

However, I witnessed the spectacular results thus I do not question Biodynamic Agriculture further

We actively practice using biodynamic agriculture and preparations at The Urban Permaculture Laboratory.

Keep an eye out for further articles on these other methods as well as Biodynamic preparations, techniques, and uses.

I believe sharing the fantastic results can lead to a Chemical Free sustainable future for us all.